THE JOY OF TREKKING URBAN TRAILS

Though most of the time when planning an excursion, people immediately focus on the natural landscape, whether it’s hills, forests, mountains or lakes, but now a whole new category is rising in popularity and appeal: urban trails.

An urban trail is a public path that provides a well-maintained corridor through an urban environment. Urban trails allow people to get from one place to another on foot, by bicycle, on roller skates or skateboards, with strollers or in wheelchairs, without feeling any threat from nearby motor vehicles.   More importantly, urban trails often provide a greenway that offers other benefits, such as creating a natural storm-water management system, supporting native birds and plants, and providing a nature-oriented respite for children and adults to enjoy.

Mindy Fullilove, Columbia University psychiatrist and author compared urban trails to arteries in the circulatory system of a city: essential conditions for creating a healthy city. There are many benefits that they bring to urban communities. They inspire a healthy lifestyle by offering a free, convenient way for people to make physical activity an integral part of their daily routine, which helps ward off obesity and other chronic diseases while decreasing stress. By reducing the number of miles that people drive, urban trails help limit air pollution, water pollution, and the greenhouse gas emissions that contribute to climate change. They revitalize neighborhoods, increase nearby home values, and can bring tourism to an area. Furthermore, by increasing the numbers of pedestrians and cyclists, urban trails encourage interaction among neighbors, build community, and decrease social isolation.   Urban trails are often constructed alongside existing roads, near streams and waterways, and along utility rights of way. Abandoned railroad tracks provide an even better location, avoiding many of the tricky design challenges of these other locations. The most successful urban trails are long, narrow, linear corridors with at least one paved walkway, providing connections between significant destinations such as housing, shopping areas, jobs, and schools.

Cities around the world are putting a lot of effort towards creating urban trail arteries both to improve the quality of life and mobility for their inhabitants and to attract tourists. Singapore has an initiative called "Nature Ways", aimed at creating biological connections and corridors between biodiversity-rich sites in the city. Singapore Parks” is responsible for planting new trees and vegetation on the now some 60 kilometers of “Nature Ways” there. 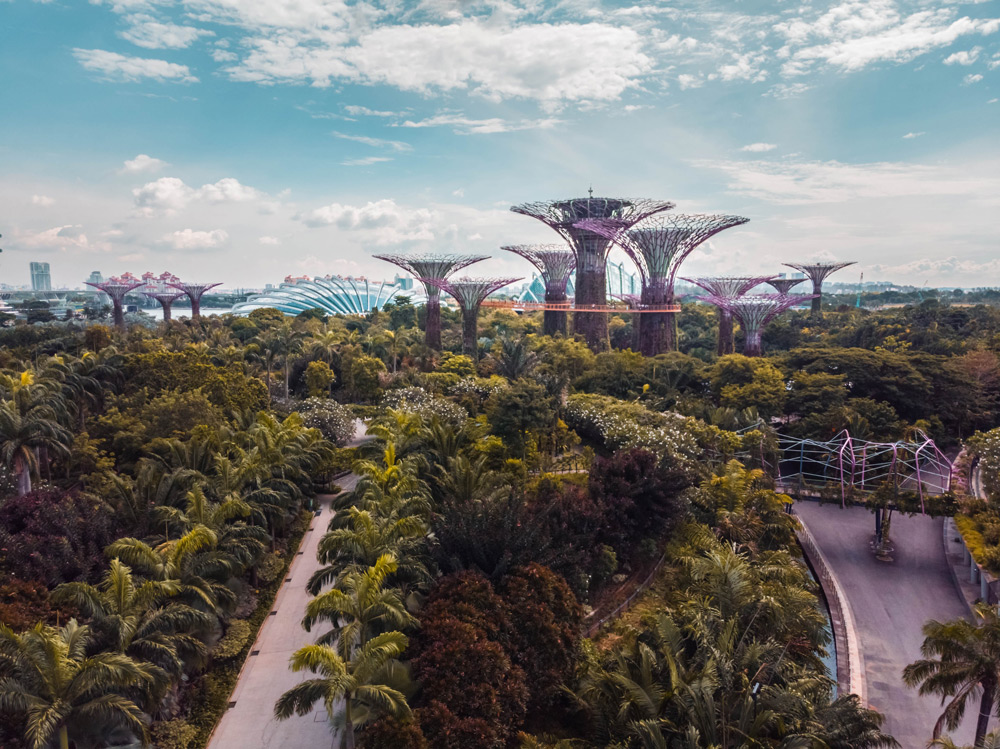 Rio de Janeiro is working on one of the most ambitious urban trail projects called the:"Trilha TransCarioca". As the map indicates, it would traverse the city allowing a resident to travel from shore to mountaintop, linking major parks and ecosystems, including the city’s iconic Tijuca National Park Other cities from Brisbane to Edmonton have also invested in wildlife bridges and passageways to ensure biological connectivity for other co-inhabitants in the city.

To return to Fullilove’s metaphor, biophilic cities require a healthy circulatory system of trails and pathways to provide social and biological connections. But they also allow us to explore, discover, and to experience (close to where we live and work) moments of exhilaration and awe. They provide vantage points and perspectives that allow us to see the whole of a place, and to understand where we sit within this urban ecological tableau.

At Garmont, we love anything that makes people active, healthy and that respects others and nature. We like the idea of keeping one company while walking through different urban trails of a city. Our shoes are designed and crafted to keep one’s feet comfortable while the eyes and mind wander to learn more about the world around.